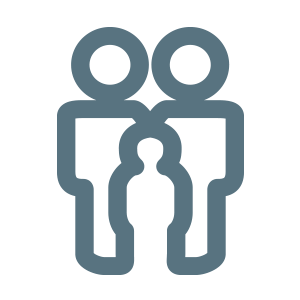 Tampa Demographics is an informational website with data, population statistics, race, education, and demographics about the residents and city of Tampa, Florida.

Tampa is a city located in Hillsborough County Florida. It is also the county seat of Hillsborough County. With a 2020 population of 407,104, it is the 3rd largest city in Florida (after Jacksonville) and the 47th largest city in the United States. The Tampa Bay Metropolitan Statistical Area ballooned to 3.2 million people in 2020 or a 14.1% rate of growth. Spanning over 176 miles, Tampa has a population density of 3,571 people per square mile.

Tampa is located on the west coast of Florida near the Gulf of Mexico on Tampa Bay. Tampa's population is estimated at 350,000, up from 346,000 in 2011. Tampa is part of a large metropolitan area called the Tampa Bay Area (2.8 million population), and the city is also part of the Tampa-St. Petersburg-Clearwater Metropolitan statistical area. This is the fourth largest metro area in the Southeastern U.S. after Miami, Washington, D.C., and Atlanta. There are 58 different zip codes in Tampa. 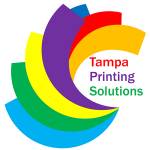 Two areas have become the focus of growth through 2060: the Tampa Bay area through Orlando to the Atlantic and the Tampa Bay area to Jacksonville. The new population growth in Tampa is expected to make the city younger and more urban. Tampa's growth is due not only to a higher number of births over deaths — which has caused 30% of the increase between 2010 and 2014 — but also high net migration, which has added 70% of the new population.

The Tampa region is currently outpacing the national growth average of 1.5% per year.

The area of Tampa was initially inhabited by indigenous people of the Safety Harbor culture, including the Tocobaga and the Pohoy. While the region was explored briefly by the Spanish at the beginning of the 16th century, it was quickly abandoned when it became clear that the only resources were fish and shellfish. The local inhabitants repelled any attempt by the Spanish to convert them to Catholicism or create a settlement, and archaeological evidence reveals a total collapse of native cultures in the region after European contact. Tampa was depopulated for over 200 years.

There were no permanent European or American settlements in the city limits after the U.S. acquired Florida from Spain in 1819. During the Civil War, Florida seceded from the Union, and martial law was declared in Tampa in 1862. At the end of the war in 1865, Tampa's fort was occupied as part of Reconstruction. This was a hard period for Tampa, with a population of less than 800 in 1870. It was in the 1880s that the city took a turn for the better. Phosphate was discovered, then the railroad arrived to boost development in the region. By 1900, Tampa became one of the largest cities in the state.

Many Spanish and Cuban cigar workers moved to the city to work in cigar factories, with over 10,000 immigrants arriving in the city of 5,000 by 1900. The city then became a resort destination for celebrities.

According to the most recent ACS, the racial composition of Tampa was:

Tampa Educational Attainment by Sex (over 25)

The highest rate of high school graduation is among islander people with a rate of 100.00%.

The highest rate of bachelor's degrees is among Asian people with a rate of 63.05%.

71.98% of Tampa residents speak only English, while 28.02% speak other languages. The non-English language spoken by the largest group is Spanish, which is spoken by 20.71% of the population.

The race most likely to be in poverty in Tampa is Black, with 30.28% below the poverty level.

The race least likely to be in poverty in Tampa is White, with 10.31% below the poverty level.

Tampa Married by Age and Sex 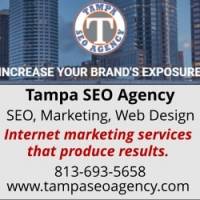